Growing up in a small town in rural Norway, I surprised my fellow classmates by saying I wanted to study Engineering in Manchester, particularly as Engineering was not part of the Norwegian school syllabus. They laughed and mocked me for my choice, but four years later I did graduate with a chemical engineering degree from the University of Manchester.

I did not want to go back to Norway, so I went to London and Imperial College, then back to Manchester to do a PhD. My old supervisor had been pestering me for a year to return. I became an academic. and workaholic. I studied ways to cultivate fungi to make them produce large quantities of penicillin, organic acids, enzymes and other useful products. I was working on solving a problem all the textbooks said could not be solved.

There was a need to develop a better production technology, and after many long nights in the library and laboratory (almost two years) I solved the problem with a new technology. I proudly went to my supervisor (who by the way was the brainiest person I have ever met) to tell him I’d solved the unsolvable. How the conversation went is a whole other story, but the crux of it was that he was far from impressed with the amount of product I had managed to extract, which of course spurred me on to continue perfecting the process.

One year later I was in his office again. He looked up quizzically, knowing full well why I was there. I got straight to the point: “36 grams”. Even he was impressed by that.

I stayed on working in Manchester for two years as a post doc. I worked on problems which we could cultivate fungi to solve. It was exciting and I became quite good at it so when my supervisor heard that I was going back to Norway he gave me a piece of paper and instructed that I apply for this job instead. It was an ad for a lectureship at Strathclyde University in Glasgow. They were leading the research into fungi, so I applied and got the job. “Now”, I thought to myself, “let’s really see what we can get these fungi to do.” And since then fungi and mushrooms have been my life. I went from lecturer to senior lecturer and finally professor, but the mushrooms did not care, they just kept challenging me.

The real problem was how to cultivate Basidiomycetes, (a collective term for mushrooms.) in a completely new way. I am not talking about the part of the mushroom you eat but the roots growing unseen in the ground below. For me, there was a particular molecule within these roots that I was after, and I was attempting to better a production method that was at least 3000 years old. The product of interest was a biopolymer with the elegant name of ‘beta glucan’. According to years of literature beta glucans could help you fight cancer.

Having lost both parents when I was young made me see cancer as my main enemy and finding a way to combat cancer using a technology I had developed became my quest in life. When I started working on the beta glucans it was claimed that the best version came from yeast and were insoluble. That posed a question – if beta glucans are supposed to look after your immune system, how can an insoluble molecule get absorbed into the blood system? They had to be made soluble. I contacted the leading experts in the field and shared my theory with them. I claimed that for the beta glucans that could look after your health, not only had to be soluble but also that the best type of beta glucan had to come from a mushroom. Nobody agreed of course. Then I told them what I was doing and invited them to prove that I was wrong.

Today you can read in the latest books that the best beta glucans come from mushrooms and are soluble. It does not matter to me that I won the argument, my concern was to produce a product that could help your health if required. And that is exactly what I have done.

The product I have developed, Lentinex, will actually keep you healthy. Should you be so unfortunate as to come across colds, viruses or cancers, contact me at GlycaNova for some Lentinex. 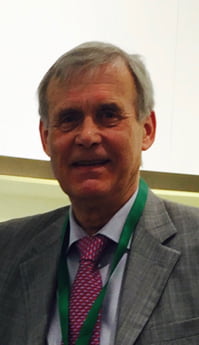